The Funeral Home: Part 1- The Stink 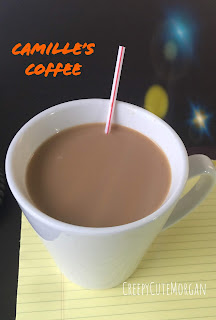 Morgan here. I’ve taken back my blog (for now at least). Melinda, my coworker and ghost hunting buddy, has more lore she wants to share with you later. She’s kept all the local stories in her **grimoire.

Today though, I’m writing to catch you up on our PPS sighting from a few weeks ago. PPS is the code Melinda, Kyle, and I use to let each other know when we suspect a “Potential Paranormal Sighting.” Kyle, my former boss and the fry man at our current employer Bad Carl’s, insisted we use “paranormal” and not “ghost.” Kyle still doesn’t believe in ghosts- despite the fact that he saw one- we all saw one, 2 weeks ago.

As it so happens, the day after Melinda, Kyle, and I helped a spirit find peace, Melinda’s great great aunt died. It was expected- she was 103, but still shocking considering we’d just been talking to a ghost the day before (at least I had been). I’m an Empath and can feel people’s emotions (all of them, all the time). I’m also a ghost whisperer apparently.

Melinda texted us and we met at Camille’s Café.

“Guys, I went to the funeral home with my cousin Charlie. It was freaky! If felt like death in there.” Melinda said. She was wearing a crusty old leather back pack. It clashed with her fuzzy black sweater and torn black jeans.

“There are actual dead people there . . .” I’d answered, distracted by choosing between a bagel and an apple fritter. I went for the fritter. I had also chosen to bundle myself in a sweater that day, though mine was a rosy pink. I’d opted for capris and sandals to complete my look.
“Gah, Morgan! I know that!”

“Then why have you called us here?” Kyle asked, taking off his glasses and cleaning them. He was dressed in his usual button up long sleeve shirt and khakis. Geek chic.

“Because . . .” Melinda said, taking a pause to look around. The café was full and she shook her head. “Not here. Come on.”

We piled into Melinda’s jeep. Melinda said she had the perfect place for us to set up a club house.

“A club house? We aren’t the Babysitters club.” I’d said, rolling my eyes.

“No, we’re The Undead Society. You’re in a mood today, Morgan.” Melinda replied using a ‘meow’ sound effect to drive home the point.

I was in a mood that day. I still hadn’t come to grips with the fact that I had talked to a ghost- a real life actual dead person. I was feeling anxious and all together unsure of my abilities.

Kyle stared at us from the backseat, studying our interactions- a Vulcan trying to understand the humans around him. (Yes, that was a Star Trek reference, I’m a bit of a nerd.)

“Don’t freak out, but we’re here.” Melinda said, pulling into the cemetery.

“Makes sense to me,” Kyle said thoughtfully, “I can’t think of a better place to study paranormal happenings.”

Kyle and Melinda both stared at me, waiting for my reaction. 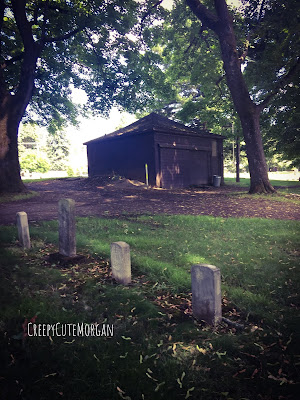 “It’s ok, Morg! We’re here. Nothing is going to happen. And I totes got permission from Dirk’s friend Pete to use the groundskeeper shed. He doesn’t use it anymore. He keeps everything in his van for his mobile lawn care business.”

Dirk is Melinda’s punk rock boyfriend. He’s a full-time tattoo artist and part time drummer. He and Mel live together in his houseboat on the river that borders the cemetery.

“Do you see any paranormal apparitions?” Kyle asked.

“No.” I answered slowly, looking around the old dilapidated cemetery. The tombstones were so old they were literally falling apart. Some had obviously been cemented back together. In the corner of the lot, I could see the pile of stone that used to be the headstone of a little girl- a little girl who now lives with my friend Fred and all the child spirits he keeps safe. 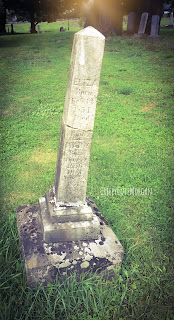 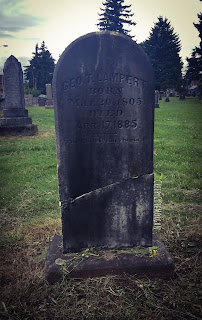 We piled out of the jeep and headed for the lowly building in the middle of the lot. I was glad it was morning. The sun was shining off the dewy grass and it was easy to forget the lush green foliage held bodies just below the surface.

“Here we are!” Melinda said, unlocking the padlock on the earth colored building. Inside was a mini fridge, a card table, and four folding chairs illuminated by one swinging light bulb that hung from the ceiling. The windows were painted over, making the shed eerily dark inside.

Melinda grabbed her backpack, unzipped it, and let the contents fall on the table.

“Ughhhh, that smell . . . what is that?” I asked, covering my nose. Little black clusters the size of golf balls scattered across the surface of the table.

Kyle coughed and pulled his shirt over his nose.

“Mushrooms, I think. They are growing in the funeral home.” Melinda said hovering one of her hands above a cluster. “Watch this.” She bent a finger and pretended to poke a cluster. As she did, the cluster shook and released more stink. “Did you see that?”

“Yes. Why did you bring these here?” I asked, coughing from the renewed stench.

“Didn’t you read my last blog post about Fungus Man? It’s not just a story, you guys. It’s real. Elton really did curse this town with toxic mushrooms.”

“Ok, so what does this mean?” Kyle asked, reaching a hand from his pocket to hover over a nearby cluster. It shrunk away from his hand. 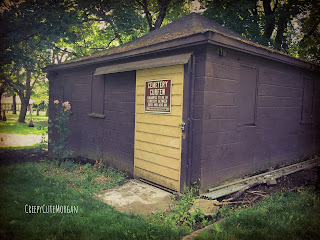 “It’s a message- a message from the dead.” Melinda said, staring at the quaking fungus.

“Who? Your great great aunt that just died?” I asked, pushing my hands deeper into my pockets.

“Maybe. Her viewing is tomorrow at the funeral home. She’ll be all dressed up in her casket. Will you both come with me?”

“Yes, and to figure out what the mushrooms want.”

“I’m in.” I said, taking a hand from pocket and grazing a finger tip over a fungus cluster. A fresh wave of stink filled my nostrils. I was fascinated. The same adrenaline that filled my veins when I was on my Fred adventure washed over me once more. It felt purposeful and right- like going home.

Fungus working on behalf of the dead? I had to see this . . .