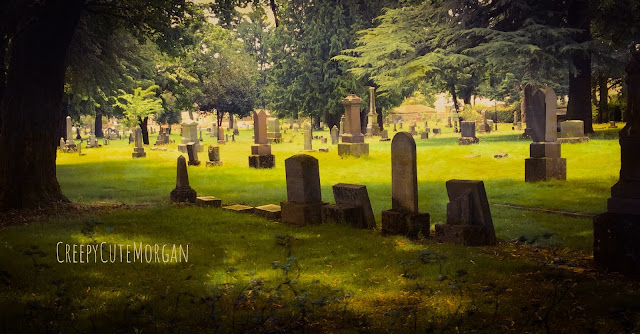 When last I wrote, I was at Fred’s where I’d just guided a lost little ghost girl. If you’re a new reader, go back and read about Fred. He’s my first story. My last adventure, which I decided to call “Donuts & Tombstones” because I like my spookiness covered in sprinkles, detailed my personal outing as a ghost guide. It’s shocking, I know. I would have preferred to learn of my new abilities privately, but as you already read, that’s not what happened. My coworkers, Melinda and Kyle, witnessed in full horror (Melinda) / fascination (Kyle) as I talked a ghost out of a crumbled tombstone and helped her find peace.

The next day, I met Melinda and Kyle at Camille’s Café, the downtown bakery and espresso shop that provides Bad Carl’s (the greasy joint where Kyle, Melinda and I work) with all its novelty pastries. Over 2 hours, 2 pots of coffee, and a dozen donuts, I was able to convince Mel and Kyle that 1. I’m not crazy, 2. I didn’t know I could talk to ghosts until last night, 3. I’m not a witch/demon/or demigod, and 4. The night before was not a prank.

Questions 1-3 were from Melinda who had no trouble believing that our paranormal encounter had happened, while Kyle focused exclusively on question 4 as he’d convinced himself that I was filming an elaborate prank for the internet. He was disappointed when I finally gave in and showed him my viewer-only YouTube account. He’d said the royalties on such a video would have been astronomical and we should plan better for future outings.

Ever logical and always on the lookout for an opportunity, Kyle said, “The next time this happens I’m going to film it. We can’t let such a valuable opportunity pass.” 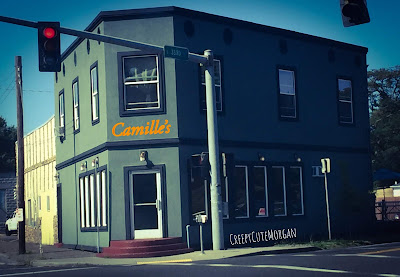 “You’re an idiot. You can’t film a ghost.” Melinda quipped, her easy temper getting the best of her. She wore a veil over her face that morning. Paired with her Gothic dress, she looked like a fashionable mourner straight out of Pretty Little Liars.

“There are records of ghosts . . .” Kyle said, pushing his glasses up with his thumb.

“WE aren’t filming anything.” I interrupted. “There is no WE. I don’t know what the hell is going on with me. I’m not going to go running off looking for more . . .”

“Then why do you hang out at the old building?” Melinda asked, taping her long black nails on the table.

I stared at her, dumbfounded. She knew I visited Fred? She saw me hang out with him?

“We know you go there on your breaks. It’s weird, Morgan. Seems like you’re looking for something to me.”

“You named the building? Fascinating . . .” Said Kyle, thoughtfully. He played with his spoon, swirling his coffee again and again. “Or is it . . .” he pondered, “that you visit a particular being?” He asked, unable to bring himself to say the word ‘ghost.’ 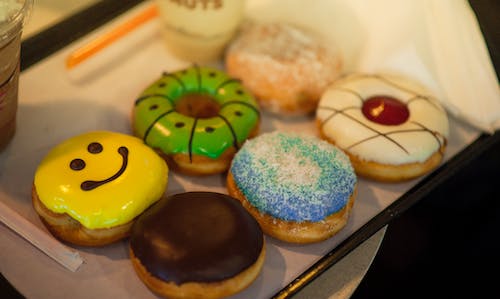 As am Empath (someone who can feel everyone’s emotions around them), I knew I was in trouble. Both Kyle and Melinda had clued in that I was hiding something- something big. Their distrust washed over me, cold and sharp like freezing rain. I could lie to them of course- fabricate a story about a human person I visit- maybe a friend, but the thing is, I’m a terrible liar. My face always tells the truth, even when my words are wrapped in falsehoods.

“Duuuuude, are you cheating on your wife with a ghost?” Melinda asked, reading too much into my facial expressions.

“No, you weren’t and that’s disgusting.” I said, feeling revolted. I could feel Melinda’s mood take a nose dive. Despite the fact that her posture and facial expression were unchanged, I could tell she was about to cry. She was still on edge from the night before and exhausted. Her emotions were running a mile a minute. “It’s fine. I’m not upset.” I said.

“Why did you say that?!” Melinda asked, defensively.

“Morgan read your emotions. She seems to know that you are upset.” Kyle paused, looking us both over, “Morgan has a trick I’ve observed on many occasions at Bad Carl’s. It’s as if she can sense a problem before it arises. She knows when a customer is unhappy with their order before the customer claims. She makes triple your tips, Melinda, perhaps she could teach you this trick.” Kyle said, no judgement in his voice. “Also, you have not answered my question about Fred.” He said, carefully pronouncing Fred as if it was a foreign word.

“You. Are. A. Witch.” Melinda whispered, pulling up her chair to get closer to me. Through the lace over her face, I saw her dark brown eyes widen with excitement.

“Not a witch, an Empath. I’ve always been able to feel everyone’s emotions around me. It’s just something I’ve always been able to do . . . okay? Do you understand that I’m not a witch?” I asked and Kyle and Melinda nodded in understanding, “and Fred . . . Fred is the name of that building and it’s a ghost too. A few months back I found out the truth about Fred and left the evidence for the town to find. Now, Fred is a place for ghosts . . . ghost children to be, together. Fred is my friend; I know it’s weird but it’s true. I’m not great at making friends because of the Empath thing and I’ve always been drawn to old places and Fred it just really peaceful . . .” I stopped then, realizing I’d let my inner introvert-self word vomit all over the damn place.

Melinda got up from the table, sat beside me on the bench and hugged me. Kyle watched, studying our movements.

“Both of you are abnormal,” Kyle said, lost in thought, “I like that very much.” He said, though what he meant was ‘I’m abnormal and I’m comfortable with both of you because you’ve shown yourselves to be abnormal too.’

A companionable silence gripped us as we sat there, vulnerable and open. Whether we liked it or not, we were connected. They knew my deepest secrets and they weren’t running away. They’d accepted me instantly, and accepted each other in the process. We sat there -the goth, the robot, and the Empath- all of us weird and wonderful in our own ways. 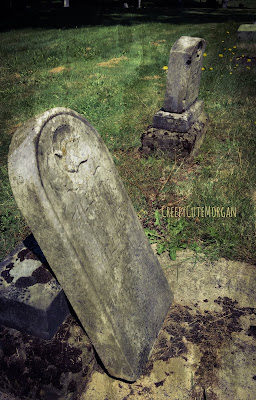 “We should become a team!” Melinda said, letting me loose from the hug. She motioned for me to scoot over and I did. “Like the Ghost Busters. I don’t want to ignore what happened last night. Sure, it freaked me out but it made me feel alive- like I did something that mattered.”

Kyle nodded, sharing in the sentiment.

“Help ghosts of course!” Melinda said, clapping at her own brilliance.

“Investigate the paranormal.” Kyle chimed in.

“You don’t have to do it alone, Morg. We can help.” Melinda said.

It took some convincing, but I eventually agreed to form a team. It was true, I didn’t want to face my new challenges alone. I now had Melinda and Kyle in my corner. Melinda even came to my house with me and helped me tell my wife, Emma, all about my new abilities. Emma’s worried about me, but she believes me which is all that matters.

Kyle and Melinda never came up with a name for our team (because they can’t agree on anything), but we did come up with a code to text one another the next time some freaky happens (because Kyle says our phones could be tracked by the government and he doesn’t want them taking credit for our discoveries):

So, until the next PPS we will wait tables and deep fry burgers, all the while wondering how weird OGS can get.

Hold up! Melinda just texted me. She says something weird is going on at the funeral home . . .
My mind flashes back to the window I used to stare out of everyday when I worked for Kyle- the window that overlooked the funeral home and the peculiar curtain that always seemed to be moving- the curtain that forever danced in a non-existent wind. I’d forgotten all about it.